The Perfect Example That Success Can Come To Anyone Anytime!

Rowling is the perfect example that success can come to anyone at any time. She is now doing the backstroke through a pool of Harry Potter money, but that was not always the case. Before Harry Potter became a success she was a divorced mother, living on welfare, going to school and trying to write a novel in her spare time. 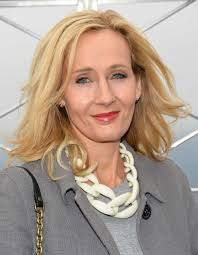 Rowling herself said she was the “biggest failure I knew” and credits a lot of her success to her failure.
At a Harvard commencement speech Rowling had this to say, “Failure meant a stripping away of the inessential. I stopped pretending to myself that I was anything other than what I was, and began to direct all my energy to finishing the only work that mattered to me. Had I really succeeded at anything else, I might never have found the determination to succeed in the one area where I truly belonged. I was set free, because my greatest fear had been realized, and I was still alive, and I still had a daughter whom I adored, and I had an old typewriter, and a big idea. And so rock bottom became a solid foundation on which I rebuilt my life.”