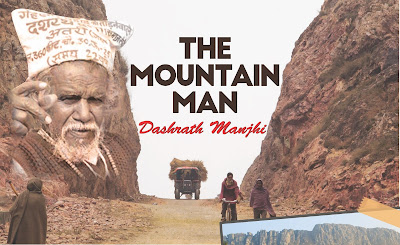 But why would he do such a humongous task? Such motivation stirred from the loss of his wife, Falguni Devi, as she was unable to receive a medical treatment in time because the nearest town with a doctor was 70 kilometers (43 mi) away from their village in Bihar, India. Moreover, kids of the village have to take up an arduous task of walking miles to attend school. To ameliorate the pain of thousands and not letting anyone suffer the same fate as his wife inspired him to create a short-cut through the mountain, reducing the distance between the Atri and Wazirganj blocks of the Gaya district from 55 km to 15 km, bringing him the national acclaim. 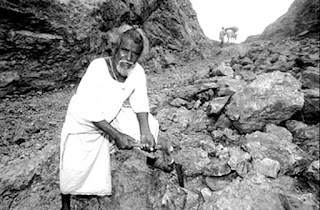 He died on August 17, 2007 and was given a state funeral by the Government of Bihar. What this story inspires me is that hope is the best thing, maybe, one of those thing that drives your will; though he was ridiculed by his fellow villagers, calling him 'stupid' for taking up such an impossible task, nevertheless, his sheer determination made him strive for straight 22 years because he hoped: to make things easy for his people, to assuage the pain caused by the mountain, and that humanity - with will - can transmute the impossible into possible, as is show in the above image.