January 02, 2016
An inspirational story about never giving up! 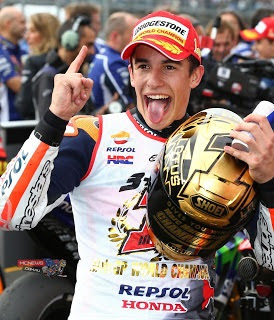 ​He was doing great at Circuit of the Americas qualifying, until the last 3 minutes... His bike dies on the pit straight when he was at his best and leading the scoreboard...

And... Now what he does next, teaches us a lesson about how to face the odds and evolve as a champion !!!

This 22-year-old two-time MotoGP champ decides to leap over the wall and run down the pit lane to grab his backup bike.